Aging is unavoidable. Aging beautifully, gracefully and healthily however, is an art.

She obtained her MD degree with distinction in 1986 from Medical Academy (Wroclaw) in Poland.

Straight after an internship she specialized in neurology, but in 1991 she emmigrated to South Africa where she started her new life and a new path in her medical career. 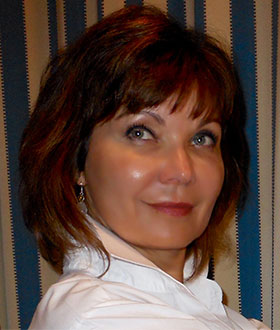 In her first 9 years in South Africa she was working in a provincial hospital in Rustenburg, where she was exposed to a very broad spectrum of medical practice. This enabled her to develop an array of skills and deepened her knowledge of all the main disciplines in medicine, including internal medicine, surgery, pediatrics, anesthesia, psychiatry as well as obstetrics and gynecology.

Following this period of professional enrichment, she opened her own private practice where she also offered limited alternative medicine including acupuncture.

She always believed in a holistic approach in treatment of patients. In this time she also developed a passion for aesthetic and anti-aging medicine. She attended one of the first trainings in South Africa in performing Botox injections.

In 2000 she opened the Rustenburg Anti-Aging practice where for many years she treated patients with aesthetic problems using minimally invasive procedures.

In 2001 she was also offered a job, which she accepted, as a generalist with Anglo Platinum. 8 years later, she took another challenge, together with her husband Noel, also a medical doctor. Having a wish to see more of the world, they accepted a position as ship's physicians on large ocean cruise liners, sailing and treating patients in many parts of the world.

We use cookies on our website to give you the most relevant experience by remembering your preferences and repeat visits. By clicking “Accept All”, you consent to the use of ALL the cookies. However, you may visit "Cookie Settings" to provide a controlled consent.
Cookie SettingsAccept All
Manage consent

This website uses cookies to improve your experience while you navigate through the website. Out of these, the cookies that are categorized as necessary are stored on your browser as they are essential for the working of basic functionalities of the website. We also use third-party cookies that help us analyze and understand how you use this website. These cookies will be stored in your browser only with your consent. You also have the option to opt-out of these cookies. But opting out of some of these cookies may affect your browsing experience.
Necessary Always Enabled

Performance cookies are used to understand and analyze the key performance indexes of the website which helps in delivering a better user experience for the visitors.

Analytical cookies are used to understand how visitors interact with the website. These cookies help provide information on metrics the number of visitors, bounce rate, traffic source, etc.

Advertisement cookies are used to provide visitors with relevant ads and marketing campaigns. These cookies track visitors across websites and collect information to provide customized ads.

Other uncategorized cookies are those that are being analyzed and have not been classified into a category as yet.